Equity is a big part of what differentiates startups from many other employment options. However, this equity-heavy approach to compensation is not unique in history.

Pirate crews developed a surprisingly similar approach to compensation in the 17th century. Just like many startups, they also balanced equity incentives with other mechanisms that would be familiar to a startup employee today, such as bonuses.

These surprising similarities offer an interesting frame through which we can reflect on why startup equity and bonuses are structured the way they are. We can learn a lot about the theory of compensation in modern companies by looking at how pirates designed incentives to organize and motivate their work. 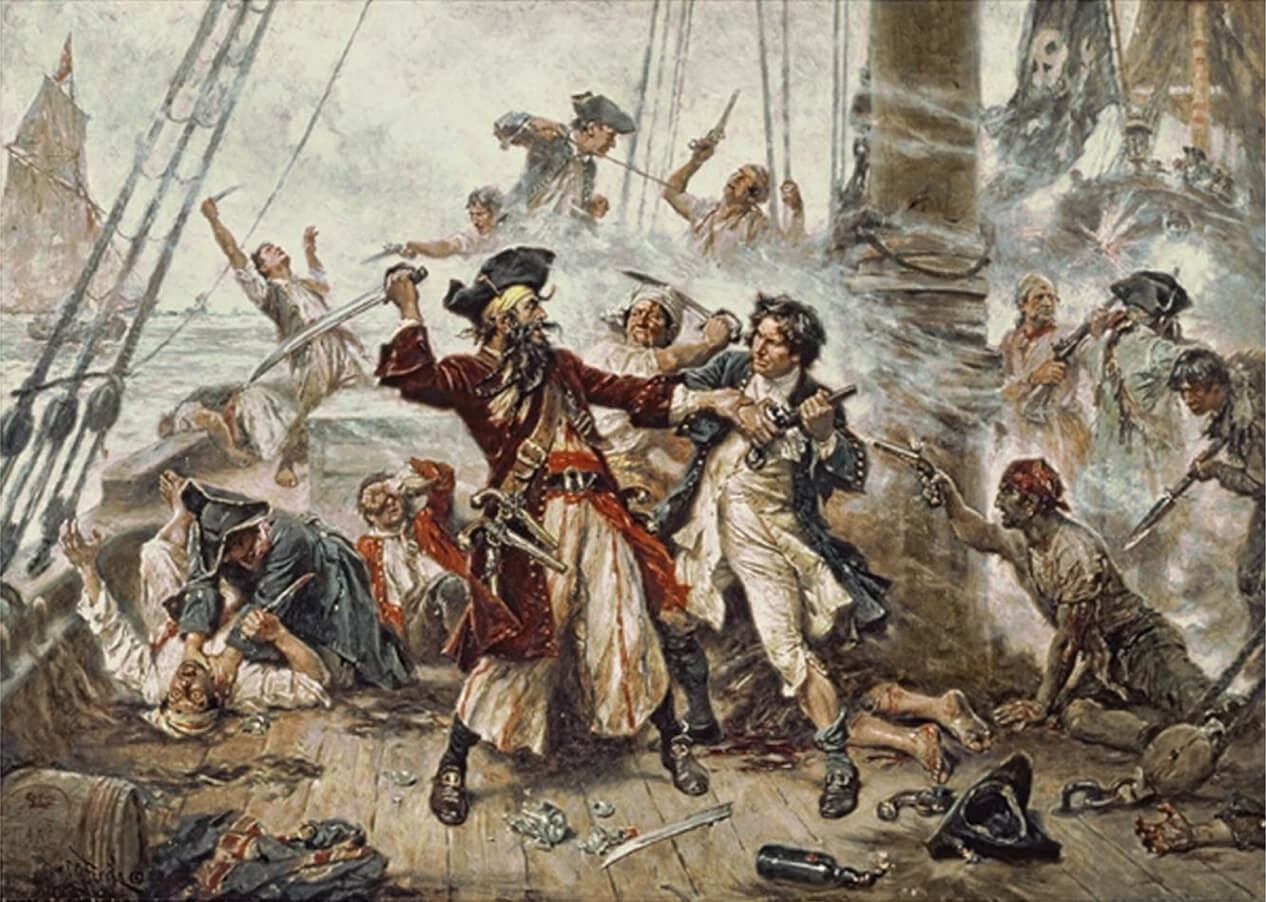 Pirates offered their crew members equal shares of their loot, similar to how many startups offer employees equity in the business. In this way, 17th-century pirates and modern-day startups are more similar to each other than to law-abiding ships or established companies, the most common alternative employment options in their respective eras.

In the Golden Age of Piracy (late 1600s-early 1700s), it was incredibly rare for law-abiding workers to own a share of a business. Piracy offered one of the few avenues for a normal person to have a chance for great riches and autonomy over their work. Merchant ships and royal navies were the two main alternatives to piracy for employment for sailors, neither of which had any sort of equity-based compensation. They paid flat wages on a per-voyage basis, which meant that no sailors got rich from working on a merchant or navy ship.

This has persisted through the centuries. To this day, employee ownership still isn’t the norm outside of startups. Just 22% of Americans who work for a for-profit company report that they own any shares of stock in the company. Meanwhile, it’s common practice for a startup to give equity, There have also been notable cases of startups not giving equity to employees. For example, MailChimp gave employees bonuses and other benefits in place of equity. “Rather than stock options,” wrote Ben Bergman in Business Insider, “employees were entitled to profit sharing that included not only maxing out the company's 401(k) match but also a cash ‘pizza bonus’ of between 10-15% of their base salary when they met certain performance targets.” This became very controversial when Intuit recently acquired Mailchimp for $12 billion and employees did not own equity in the company.and it’s a crucial part of the compensation package to attract talent. Many potential employees won’t even consider working for an early startup that doesn’t offer equity. For example, multiple people in this Hacker News thread state that they wouldn’t accept a job from an employer like Mailchimp that doesn’t offer equity compensation, and a former Mailchimp employee cited lack of equity as the “largest factor” in their move.

The crucial similarity between startups and pirates—which they don’t share with most modern companies or with 17th-century merchant ships—is that the teammates themselves are essentially acting as investors, rather than just as employees. Pirates had no base wage and only made money if they captured another ship; meanwhile, early startup employees generally take a pay cut in the short term in return for a stake in the company. In both cases, the teammates are essentially investing their own time into the company at a discount in exchange for potential upside in the future value they are part of creating.

By contrast, merchant ships and the navy paid low but steady wages. The average law-abiding sailor’s wage was “about $4,000 to $8,800 in current U.S. dollars,” according to Peter T. Leeson. To learn more about piratical management theory, I strongly recommend Peter T. Leeson’s excellent book The Invisible Hook: The Hidden Economics of Pirates, which was the key source for this essay.Although these wages were low, it was much less risky than getting paid purely based on a “you eat what you kill” policy. Similarly, many modern workers choose to work for a big company that pays a steady salary instead of a startup where their equity might be worth millions—or might be worthless—down the line. 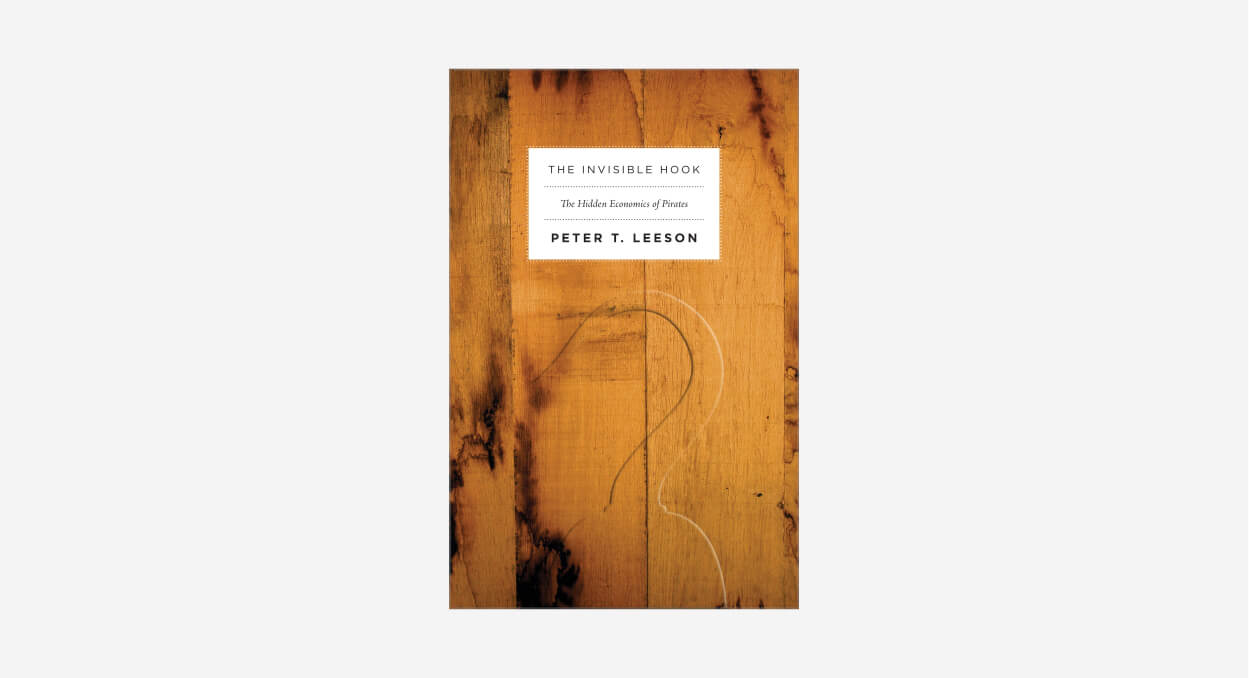 In startups, the biggest risk is that your equity might be worthless. A pirate might die, lose a limb, or go to prison for life.

Despite these differences, the essential structure of the risk-reward tradeoff that sailors faced when considering piracy was similar to the choice that modern workers face when deciding between a startup or an established company. The potential for massive upside attracts ambitious, risk-tolerant people to startups today similar to how it attracted them to pirate ships in the 17th century. Luckily, these days there are better employment alternatives than the merchant marine, the royal navy, and piracy!

Treasure for me but not for thee

One of the key challenges that both startups and pirate ships face is that it’s difficult to control (or even measure) how productive a particular teammate is day by day. When management can’t guarantee that you’ll operate for the benefit of the team’s broader goals, they need to design incentives so that you’ll do what’s right for the team even when no one is watching.

That said, the reason it’s difficult to control or measure a startup employee’s productivity is different from why it’s difficult to do so for a pirate. In a tech company, most employees are doing “knowledge work”. Much of the hard work happens inside of someone’s head, where you can’t see it. When a knowledge worker produces output, it can be almost as much effort to verify that it was done well as it was to produce it in the first place.

Pirate ships have a different challenge with maintaining discipline and quality control: a collective action problem. The most crucial moments that defined a pirate ship’s success were when they attacked another ship to capture their treasure. These are also one of the most dangerous moments, because there is physical violence involved. If you’re a pirate, you want to see your crew successfully capture a merchant ship because it’ll make you rich, but you also want to avoid violence because… well, you might die before you get to see any of that treasure. The resulting incentive is to hold back and let your comrades board the victim ship before you, so that you can get the benefits without the costs. However if all of the pirates do that, the raid is much more likely to fail.

The way pirates solved this problem was similar to how startup compensation works today—although luckily the stakes aren’t so high in a modern Delaware C-corp. Before each journey, pirates would create a written constitution that laid out the base compensation for each crew member, as well as bonuses for especially brave actions. Alexander Exquemelin, a 17th century French pirate surgeon who wrote The History of the Buccaneers of America, described one excerpt of the articles of agreement that governed his ship: “For the loss of a right arm, 600 pieces of eight… for a left arm 500 pieces of eight... If a man lost the use of an arm, he would get as much as if it had been cut off, and a severe internal injury which meant the victim had to have a pipe inserted in his body would receive 500 pieces of eight […] in recompense.”

In The Invisible Hook, Peter T. Leesen describes, “To further encourage full effort, pirate articles contained incentive provisions that paid bonuses to crew members who displayed exceptional courage in battle, were the first to spot potential targets, and so forth, out of the common purse… According to section VIII of Ned Low’s crew’s articles, “He that sees a sail first, shall have the best Pistol or Small Arm aboard of her.” These incentive provisions must have worked well since, as Johnson noted, “It must be observed, they [pirates] keep a good Look-out; for, according to their Articles, he who first espies a Sail, if she proves a Prize, is entitled the best Pair of Pistols on board, over and above his Dividend.”

The typical startup compensation structure has many similarities with that of a pirate ship, though luckily startup employees are generally not risking life or limb when they join a high-growth company. When an employee has had an exceptional year and goes above and beyond their standard duties, their manager will often award them a cash or stock bonus, significantly increasing their overall compensation.

Bonuses are important to both startup and pirate compensation structures, because they counteract the “rising tides lift all boats” effect that company equity and equally splitting booty both create. While equity and equal shares of booty align individuals with the goals of the overall team, they also allow for free-riders to benefit from the work of others without having to do anything on their own, once they’ve joined the team.

The motivational effect of bonuses shows up in the data too. An analysis from the Yale School of Management studied how sales teams respond to bonus-based compensations plan, and they found that “bonuses enhance productivity [and] overachievement commissions help sustain the high productivity of the best performers even after attaining quotas”.

Bonuses also disaggregate individual impact over time, compared to equity whose value is determined by the aggregate impact of the whole team. Recent research from the Stanford Graduate School of Business illustrates this effect. The researchers studied data between 2006-2017 for over 1,400 public companies. “They found that tying bonus-related performance to non-bottom-line financials largely helped address issues related to timing: that is, the time lag between when an executive makes an investment in the business’s future and when that investment pays off. If there’s a timing mismatch, boards will sometimes disregard costs of certain investments when calculating bonuses — as a way to encourage investments in projects worth pursuing, especially the kind that are designed to promote long-term growth.”

Whether it’s for exceeding a KPI or being the first to board a merchant ship, performance-based bonuses incentivize team members to carry their weight and take initiative rather than depending on the enthusiasm or past successes of their coworkers.

Pirates are a fascinating comparison point for modern startups. If you look closely at how pirates worked together, it’s easy to recognize organizational structures that are alive and well in modern startups.

Although the day-to-day work of a sea bandit couldn’t be more different than that of a frontend engineer at a SaaS startup, the risk-reward tradeoff is very similar. Putting that tradeoff in visceral terms can be a fun way to make it more concrete and intuitive when venturing into uncharted waters.